The Soprano Behind The Screen July 2022 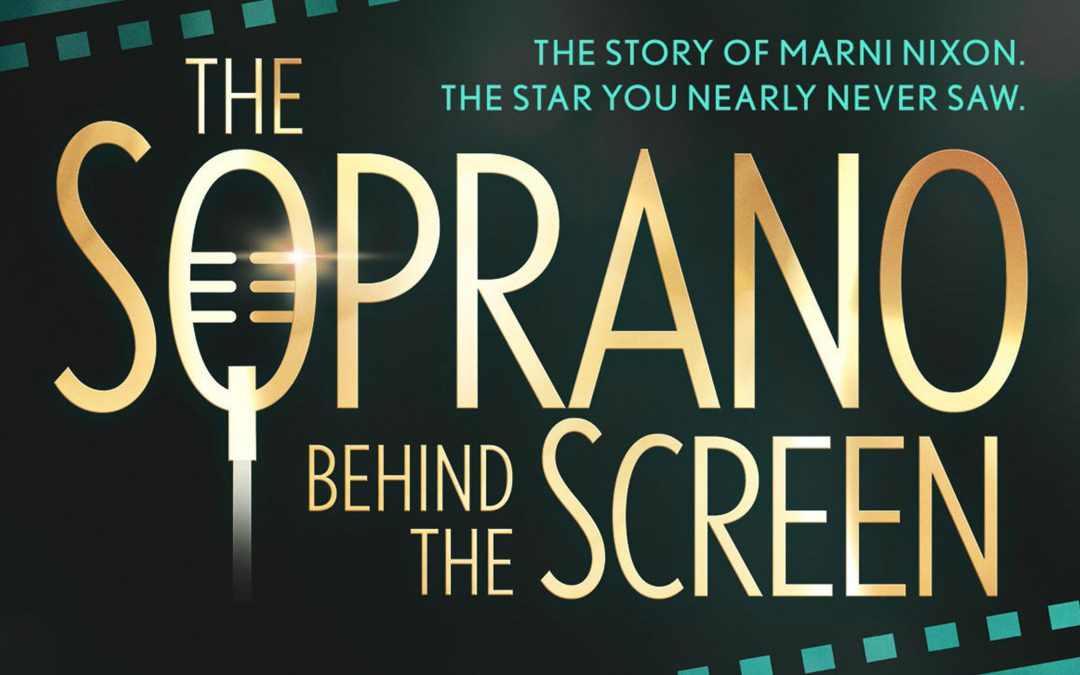 The Soprano Behind The Screen – The Story of Hollywood’s Secret Soprano, Marni Nixon –

American soprano, Marni Nixon, is known in the popular world as the singing voice behind the stars of West Side Story, The King and I and My Fair Lady. An accomplished singer in her own right, she sang opera, classical song and appeared on Broadway. Marni Nixon was the singing voice of Audrey Hepburn, Deborah Kerr, Natalie Wood, Jeanne Crain and Marilyn Monroe, to name only a few. They, on the other hand, were her face. But Marni Nixon had a face – and voice – all of her own, as she demonstrated to audiences for five decades…

The Soprano Behind The Screen is a professional production based on the life of Hollywood’s secret soprano, Marni Nixon. This concert production tells her story through tales of silver screen Hollywood and songs from classic movie musicals (including My Fair Lady, West Side Story and The King & I), operas, classical song and more recent Broadway shows too.

Audiences have called this production “enchanting”, “breathtaking” and “beautiful”.

Charlie-Jade Jones
Noted for her warm, versatile vocals and engaging storytelling, Charlie-Jade’s career so far has been eclectic and wide-ranged. Since graduating with Distinction from the Royal Academy of Music, her work has included Cole Porter’s Anniversary Concert Anything Goes at Cadogan Hall with The Royal Philharmonic Concert Orchestra, the 5* revival of Jason Robert Brown’s Parade at Frogmore Paper Mill, The 10th Anniversary of Howard Goodall’s Love Story at Cadogan Hall, The Thursford Christmas Spectacular, and the 5* Symphonic Premier of Rodgers & Hammerstein’s State Fair at Cadogan Hall with The London Musical Theatre Orchestra. Particularly at home in more intimate settings, Charlie-Jade toured for two consecutive seasons as the principal soprano in The Fingask Follies and has performed at venues including The British Embassy in Paris, Hoxton Hall, The Shoreditch Treehouse and Dundas Castle. Off the stage she has featured on recordings for BBC Radio 2’s Friday Night Is Music Night, Peter Pan An Arena Spectacular at Wembley Arena and for Silva Screen Records at Angel Studios. Her one-woman show The Soprano Behind The Screen co-written with Musical Director Connor Fogel, which tells the story of Hollywood’s Secret Soprano, Marni Nixon, was featured by Elaine Paige on her BBC Radio 2 show EP On Sunday during the show’s successful run in May 2021 at The Chiswick Playhouse, London. In October 2021 she released her debut album, Remember, which has been coined a ‘love letter’ to The Great American Songbook and is scheduled to open her new show ‘Remember’ at Toulouse Lautrec in Summer 2022.

As a pianist, Connor has been the recipient of several prizes and awards including 2nd prize in the 2019 International Liszt Society Piano Competition., The Phillipa Whitlaw-Yardley Memorial Prize and The Eric Hodges Prize. In 2016, he became the first ever recipient of The Musicians Company Musical Director Award and was made a yeoman of the Worshipful Company of Musicians. In 2017, he was made the Andrew Lloyd Webber Associate Musical Director of The Royal Central School of Speech and Drama. He also teaches at The Royal Academy of Music and The Royal Welsh College of Music and Drama.

Outside of the theatre, Connor has worked onscreen for ITV1, has recorded music for Naxos online, Prima Facie Records and Ty Cerdd, has performed with The Three British Tenors, and performs regularly in cabarets and concerts throughout London’s West End.